Best Literature to Know the Caribbean

The beautiful islands of the Caribbean are often known for their beautiful beaches, the sun, their music and rhythm, and their unique flavors, but one of their best secrets can be found in the pages of some of these books.

The islands keep treasures as important as those supposedly buried there by pirates: great novels, many by authors who were born in those lands. Exceptional authors and novels, from which we have selected some, try to offer a wide selection for all tastes.

These books look at the Caribbean immigrant experience, Caribbean history, slavery, exploitation, colonization, family life, and culture. Storytelling has always been a big part of Caribbean culture as a way to maintain its history and pass on the culture to future generations.

We have compiled in this post for you a series of recommended barbados literature books by Caribbean writers or stories that are ideal for understanding and soaking up some of their cultures, and that may be perfect to take with you on your next trip to the islands.

On an unnamed Caribbean Island, a restless 18-year-old girl traveling with her wealthy parents finds her dead. Two locals are suspected of her murder. Although Schaitkin’s thriller setup sounds like another missing woman whodunit, the book takes a deeper, broader look at death and its effects on a small community, and how poverty and luxury resorts co-exist in the paradise.

THE ISLAND OF THE TREASURE

First published in 1883, Treasure Island tells the story of Jim Hawkins, a pirate from the days of the buccaneers. Jim searches the Caribbean for Captain Flint’s buried treasure and encounters iconic characters like Billy Bones and Long John Silver. The book was and is famous all over the world, full of adventures and has had a lot of influence in the construction of the image of pirates in literature and in fiction, both written and in the movies.

This novel by Oscar Hijuelos was written in 1989, and begins in New York City in the 1950s, with two musician brothers who yearn for the sounds and streets of their native Havana. With these feelings, they begin to record songs written with the idea of ​​transporting listeners to the squares of the small towns of Cuba.

A MYSTERY IN THE CARIBBEAN

Miss Marple sets sail for paradise in this story, and while trying to relax in a sparkling Caribbean resort, she is informed by a mystery writer that one of her fellow guests may be a murderer, and thus begins the author’s classic suspense. The book takes place at the fictional Golden Palm resort in St Honoré and, when the movie was made, the filming was done in Barbados. Perfect for those who love their crime novels both classic and sun-kissed.

THE ISLAND UNDER THE SEA

In this novel, set in 18th-century Haiti, the famous Chilean writer immerses herself in the voodoo culture. Through impossible romances, the story takes place in what would become the first country to abolish slavery in 1803 thanks to the independence of Saint-Domingue. The story, plagued with pain and romance, comes together in these pages that are written in the first person by the protagonist herself, the young black woman Zarité.

A HOUSE FOR MR. BISWAS

In 2001, this writer who was born in Trinidad and Tobago won the Nobel Prize for Literature thanks to a select work that explores the consequences of the post-colonial Caribbean and, especially, of his native country. Precisely in this scenario, in Trinidad and Tobago, the life and work of the character, Mr. Biswas, who is a descendant of coolies takes place. Hindus and whose desire to succeed in life make him an antihero as he is a pessimist. He builds a portrait of the Caribbean dissatisfied with a destiny marked by constant aspirations. “His colonial resentment of him persists, his desire for something more, for a house, for a story. He does not stop fighting against the abject embrace of his wife’s family. He buys houses: dilapidated, unsatisfactory, poorly built houses. But they are his, and in them, he is, albeit temporarily, impregnable.”

OUR MAN IN HAVANA

Published in 1958, a time when Batista’s Cuba would soon be overshadowed by the hurricane of the Revolution, the Englishman Graham Greene offers us this story whose protagonist, Jim Wormold, is a British man in Caribbean lands who makes a living selling vacuum cleaners After being hired by the M16 as a spy for the British services. The satire unfolds throughout the pages of this work written at a decisive moment for a Cuban island at the dawn of suffering an embargo that for a few months seems to be unraveling in of progress.

The story begins when freelance journalist Paul Kemp moves from New York to San Juan, Puerto Rico, to pursue a new job and finds himself entangled in a web of mystery, lust and deception. From the beginning of the story, the character begins to take shape, including soaking up rum, secrets and corruption against the backdrop of palm-fringed beaches and tropical landscapes. Hunter S. Thompson’s first novel is considered somewhat semi-autobiographical, as he moved from New York to Puerto Rico in the 1950s to pursue a career with a local newspaper. It was never made clear whether or not the rest of the plot was based on real life events or was just a figment of his imagination, but one thing is for sure, this story will leave you with the taste of a good rum cocktail and plenty of adventure.

This mysterious fantasy fiction novel tells the story of a tracker known for his superior hunting skills. He has been asked to find a boy who disappeared 3 years earlier. In this adventure, a search party full of unique characters is gathered, and the boy is tracked down to another ancient city. Based on African history and mythology, the book has the energy of The Lord of the Rings and Game of Thrones with an African focus. Marlon James is a Jamaican-born writer who now lives and teaches literature in St. Paul, Minneapolis.

Ingrid Persaud’s novel “Love After Love” summarizes many images and portrays the culture of Trinidad. A wonderful story about an unconventional family and a woman named Betty, who after the death of her husband invites a man named Chetan to live with her and her son named Solo. The three of them live as a happy and loving family until she overhears a private conversation between her mother and Mr. Chetan. This secret that she hears torments him, so he flees to New York as an undocumented immigrant. Ingrid Persaud is a Trinidadian writer who now divides her time between London and Barbados. 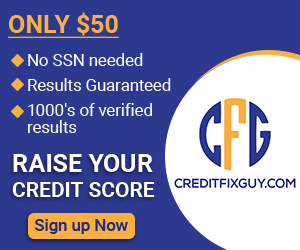